It is essential that people affected by IFC or MIGA projects are able to raise their concerns freely and without fear. Since threats and reprisals impact access to the CAO, and our ability to respond to concerns, addressing these issues is at the forefront of our work.

For effective development to take place, it is essential that communities and individuals are free to express their concerns without fear. CAO exists to help ensure that people’s voices are heard, and responded to, when they have concerns regarding the environmental and social impacts of IFC and MIGA projects. To achieve this goal, it is critical that people affected are free and able to safely raise their voices. This is a core value of the CAO.

We developed our "Approach in Responding to Concerns of Threats and Instances of Reprisals in CAO Operations" to provide guidance for CAO staff and consultants on how to address situations involving threats and incidents of reprisals targeting individuals engaged, or seeking to engage with CAO.

We publicly released our Approach in April 2018, during the 2018 World Bank Group Spring Meetings, after a period of consultation and external inputs from April 2016 through to December 2017. This Approach was operationalized internally in advance of the launch; used in conducting an internal training with an external expert and developing guidance materials for staff and consultants.

Our Approach remains a learning instrument and living document, to be improved and adjusted according to new insights and experiences. We acknowledge the invaluable contribution that individuals and organizations with experience and expertise in the field can bring to the Approach, and actively seek ongoing feedback and guidance from all stakeholders, including community members, NGOs, government and company representatives.

of complaints received report concerns about threats and reprisals

people have been assisted in addressing concerns to threats and reprisals 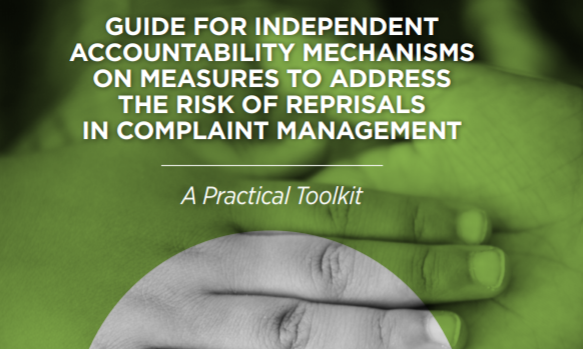