The Boards of Directors have approved a new IFC/MIGA Independent Accountability Mechanism (CAO) Policy, which becomes effective today, July 1, 2021. The Policy enhances the accessibility, predictability, and transparency of the complaints process in projects supported by IFC and MIGA, with an increased focus on outcomes for affected communities and IFC/MIGA clients.

The CAO Policy, which was announced by the World Bank Group on July 1, 2021, the date it became effective, outlines CAO's purpose, mandate, functions, core principles, governance, and operations as the independent accountability and recourse mechanism of IFC and MIGA. The Policy responds to recommendations from an independent external review initiated by the IFC and MIGA Boards and is an important step in enhancing the accountability frameworks of IFC and MIGA.

Since its establishment in 1999, CAO has been a key element in IFC’s and MIGA’s approach to strengthening the sustainability of their operations, proactively managing environmental and social risks, and ensuring accountability to all stakeholders. CAO works to facilitate the resolution of complaints from people affected by IFC and MIGA projects, improve environmental and social project outcomes, and foster public accountability and learning through its dispute resolution, compliance, and advisory functions to enhance IFC/MIGA performance and reduce the risk of harm to people and the environment.

The new CAO Policy strengthens accountability at IFC and MIGA with a focus on facilitating access to remedy for project-affected people. It builds on CAO’s Operational Guidelines and two decades of experience, and incorporates recommendations from the External Review to enhance CAO's effectiveness. The Policy was developed by a joint CAO, IFC and MIGA Working Group and involved extensive public consultations online and in-person to solicit input and feedback from CAO complainants, civil society organizations, IFC/MIGA clients, development finance institutions (DFIs), independent accountability mechanisms, and other stakeholders.

The Policy reinforces CAO’s independence from IFC and MIGA Management and strengthens the role of the IFC and MIGA Boards in the CAO process. Like the World Bank’s Accountability Mechanism, comprising the Inspection Panel and Dispute Resolution Service, CAO will report to the Boards under the new Policy.

It promotes people’s access to CAO and respects complainants’ choice in the process, while providing more opportunities for IFC, MIGA, and clients to resolve complaints early and proactively. Importantly, it integrates an approach to threats and reprisals, which is a growing area of concern among complainants in many countries.

It ensures a transparent, fair, and predictable process for complainants and clients, with clear timeframes and expectations for handling complaints. It includes clearer eligibility requirements for complaints related to financial intermediary (FI) clients and supply chains where the financial relationship to IFC/MIGA may be indirect.  In addition, complaints may be considered, in exceptional circumstances, on projects where IFC and MIGA have exited (for up to 15 months).

The Policy enhances the process for compliance reviews of IFC and MIGA and the role of Management in responding to compliance findings through timebound, remedial action plans developed in consultation with clients and complainants and focus on outcomes for affected communities.

The Policy also promotes dissemination of information about CAO and project-level grievance mechanisms to ensure these mechanisms known to project-affected people.

Implementation of the new Policy will include transitional arrangements for ongoing CAO cases. Cases received prior to July 1, 2021 that were being processed under CAO's Operational Guidelines will transition to the new Policy after concluding their current stage of the CAO process.

In addition, IFC and MIGA are undertaking ongoing actions to strengthen environmental and social (E&S) outcomes, including improving systems and procedures for E&S due diligence and supervision, and strengthening grievance responsiveness both at the institutional and project-levels. 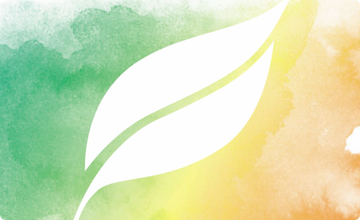